About Law Offices of Luis A. Martinez, P.C.

Law Offices of Luis A. Martinez, P.C. – helping people in Salem, Portland, Eugene, the coast, the Mid-Willamette Valley and throughout Oregon.

Luis Martinez specializes in representing clients injured in car accidents where the crash was caused by the fault of someone else. The range of victims includes pedestrian, bicyclists, passengers and drivers, as well as accidents involving uninsured or under-insured drivers. From the simple rear end collision to the complicated highway crash involving semi-truck tractor trailers, Luis prides himself in serving each client with distinction since 2004.

What we do does not stop there. One may have a claim against their own insurance carrier for the improper denial of PIP benefits. That’s when the insurance company wrongfully denies paying medical bills or wage loss.

Luis Martinez is bi-lingual and fluent in written and spoken Spanish.

He grew up in Salem, graduating from McNary High School in 1987. Mr. Martinez was a board member for the Public Defender of Marion County, Oregon, a legal advocacy program for the poor, for three years.

After graduating from the University of Oregon with a double major in finance and economics in 1992, Luis began his career working as a claims adjuster for State Farm Insurance. After nearly five years Luis had seen enough of the insurance business to know this was not for him. Through his dealings with other insurers he recognized that too many victims were finding themselves victims again, this time at the hands of the insurance company. Others were represented by firms that barely even recognized their own client.

An active member of the Salem Chamber of Commerce, Oregon State Bar, Oregon Trial Lawyers Association and Marion County Bar Association, Mr. Martinez is dedicated to his profession and community. 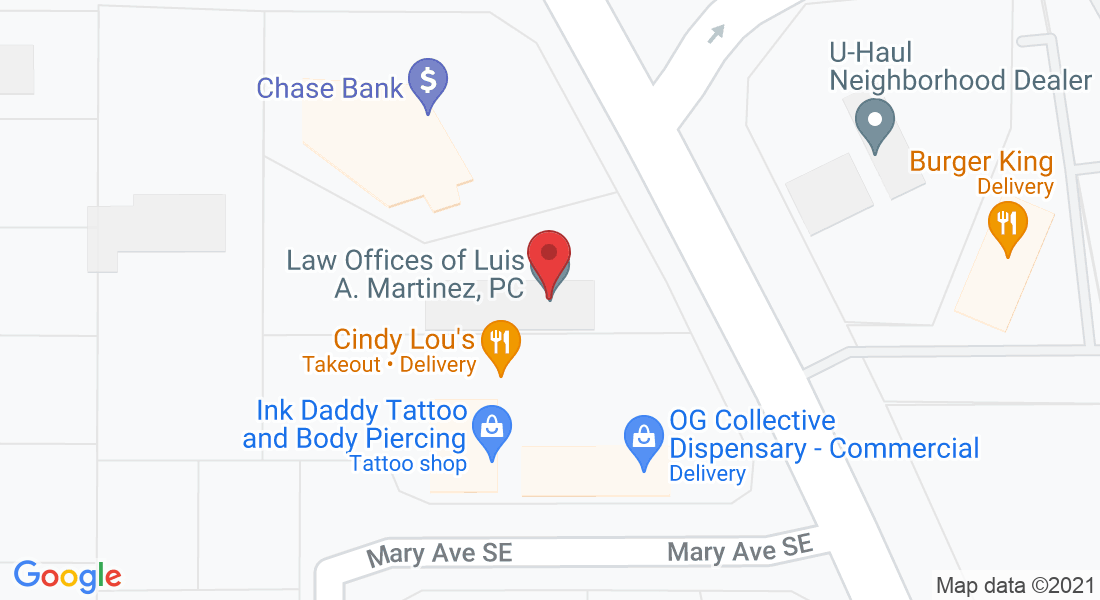 Disclaimer: The content contained in this website is provided for informational purposes only. This information is not to be considered legal advice or to establish a relationship between the Law Offices of Luis A. Martinez, P.C. and the reader. The content of this website concerns very complex legal issues and before any actions are taken consult a qualified attorney.